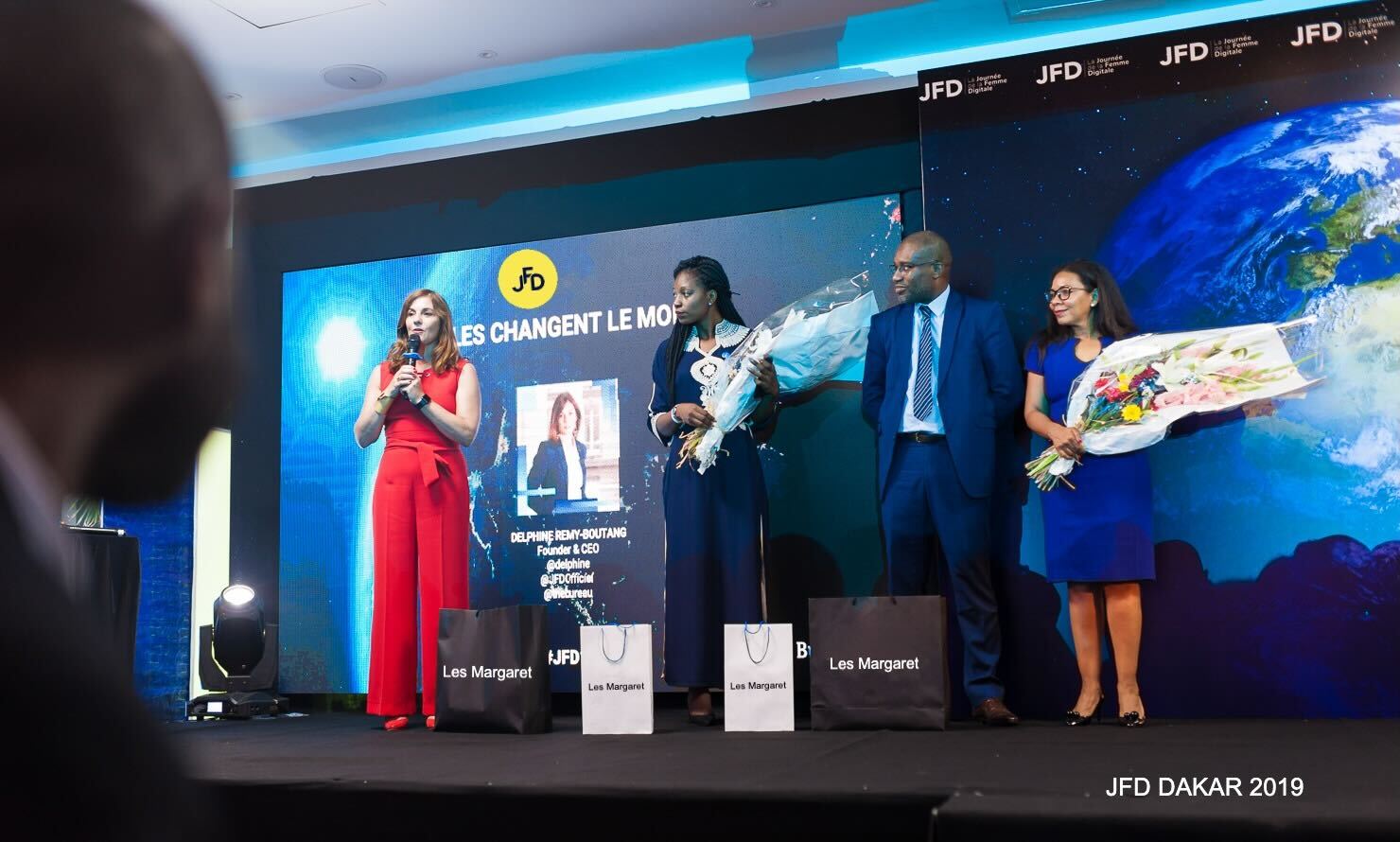 JFD is calling on all women and girls in Europe and Africa who are making bold technological bets and creating disruptive innovations to change the world. Applications for les Margaret & les Margaret Junior Awards are open until Monday, January 17, 2022 and the winners will be celebrated during an exceptional ceremony under the high patronage of the President of the French Republic, during JFD’s 10th anniversary on the week of March 8, 2022.

Founded in 2013 by JFD, the growth accelerator, les Margaret & les Margaret Junior Awards pay tribute to Margaret Hamilton. In charge of developing software for NASA’s Apollo space program, which allowed man to walk on the moon for the first time.

Les Margaret Award is open to women founders or co-founders of tech startups in the Entrepreneur category, and to women employees who have developed an innovative project in agreement with their employer while remaining employed in the Intrapreneur category.

They must be citizens of a European or African country and have a digital project that responds to one or more societal issues: Environment & Energy (climate change, urban planning, energy transition, sustainable development…), Health (access to care, diagnosis, treatment…), ICT (cybersecurity, IoT, data science, digital everything…), Transport & Mobility (vehicles, infrastructure, uses…). The winners will benefit from media exposure valued at 1 million euros for one year, speaking opportunities at major international events, digital equipment and will participate in coaching/mentoring sessions with JFD’s partners. 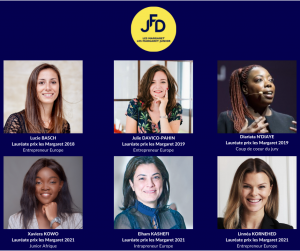 Les Margaret Junior Award, under the patronage of Jean-Michel Blanquer, Minister of National Education, Youth and Sport in France, is open to young girls between the ages of 7 and 18, citizens of a European or African country. Candidates can be kidpreneurs, teenpreneurs or tech creatives. All those who have an idea, a concept, a startup project that responds to an issue (health, education, environment, mobility …) through the application of a technology or those who have developed a prototype (robot, game, app …) using one or more technologies (artificial intelligence, 3D, IoT…). The winners will receive digital equipments, a 1000 euros scholarship, coaching/mentoring, workshops, and strong media exposure.

Applications must be submitted by Monday, January 17, 2022 at 11:59 pm CET via the form available at www.joinjfd.com. The finalists will be pre-selected by JFD and presented to a jury of experts on Thursday, February 10, 2022 for closed-door deliberations in order to define the winners in the 6 categories: Entrepreneur Europe, Entrepreneur Africa, Intrapreneur Europe, Intrapreneur Africa, Junior Europe, and Junior Africa. The award ceremony, under the high patronage of the President of the French Republic, will take place during the celebration of JFD’s 10th anniversary on the week of March 8, 2022.

“It’s time to launch our next tech champions into orbit. As we do every year with our partners, we will support the winners to accelerate their growth and provide them with media exposure valued at €1 million.” Delphine Remy-Boutang, CEO the Bureau & JFD, President GEN France. 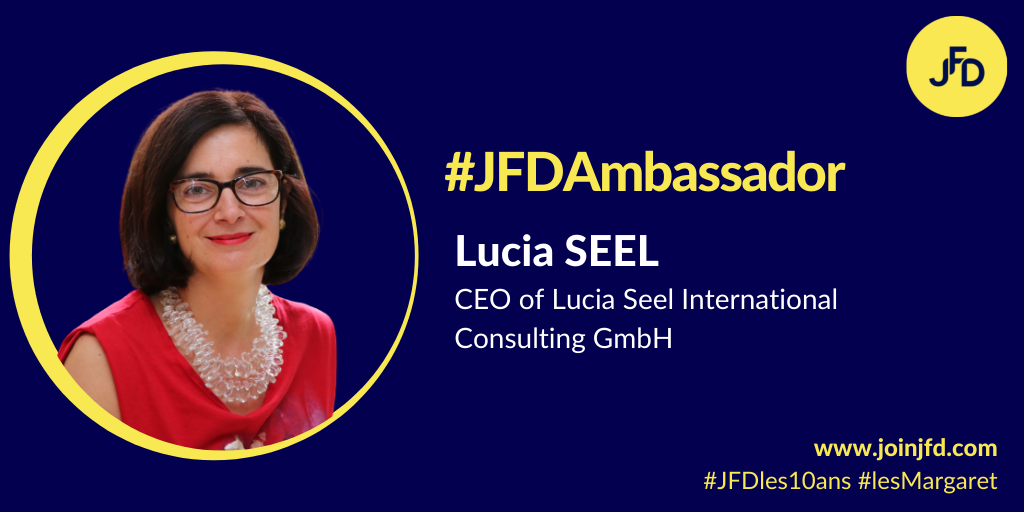 An insight view into the status-quo, the challenges, the initiatives developed in various European countries to empower women as an key factor for sustainable competitiveness 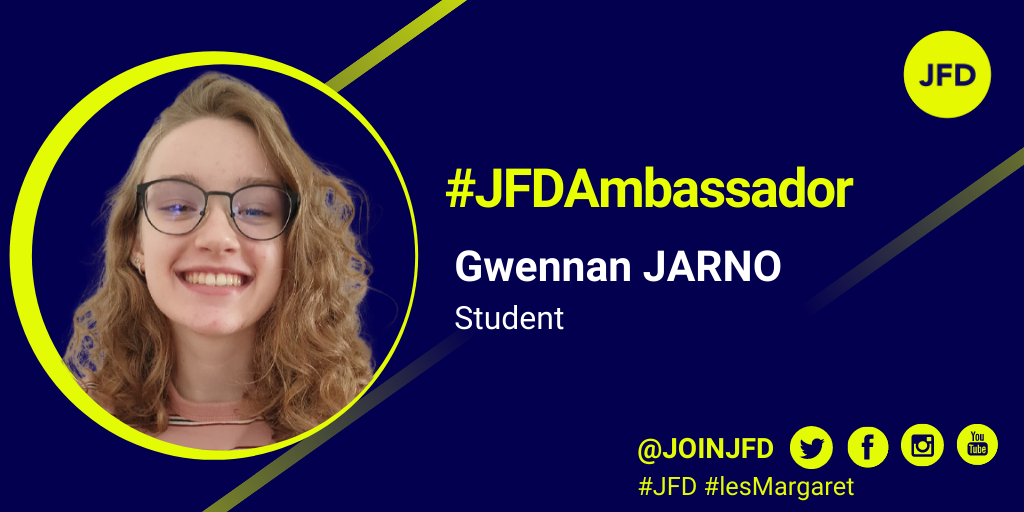